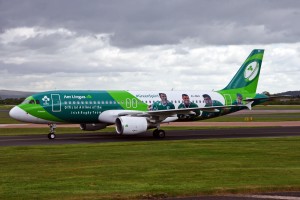 In this article, the first of two, the Winning Tenders Academy, explores lessons for the Irish Rugby World Cup bid (2023) and UK and Ireland businesses from the unsuccessful, high profile Football Association (FA) bid for the 2018 Football World Cup.

The Irish government and Northern Ireland Executive have now working groups in place to support the development of a bid to host the 2023 Rugby World Cup. The bid is being led by Dick Spring, a high profile politician and former rugby international (see here).

The deadline for submission is February 2017, so there is time to develop a powerful and compelling bid to host the tournament. This includes time to analyse the success of the 2015 Rugby World Cup in England and the preparations for the 2019 version to be held in Japan. However, the Winning Tenders Academy suggests much can be learned from the unsuccessful FA bid to host the Football World Cup in 2018. These lessons also apply to businesses of all sizes from large corporate businesses to sole traders.

Now let’s be upfront, given what we now know about FIFA, it is pretty clear that England had no chance of hosting the 2018 tournament. However for any bid, you have no control over the evaluation process; all you can do is to write as strong a bid as possible – a bid that resonates with the client. With that in mind, the FA’s bid document could have been stronger and lessons exist for the Irish rugby bid and businesses across the UK and Ireland.

One of the core components of a powerful tender; that we advocate in our templates, guidance and model answers is an ability to see the tendering process from the perspective of the buyer – in this case FIFA. The FA’s bid emphasised a number of key benefits: the existing stadia, transport infrastructure, the football pedigree – all very strong and important and helped to build an overall feel that the football World Cup could be run in England tomorrow. The question is; does this resonate with the client (FIFA)?

Let’s try to stand in the shoes of FIFA for a moment – recent football World Cups have commonly been allocated to new markets: the first World Cup in Asia (Japan/ South Korea in 2002) and the first in Africa (South Africa in 2010). This emphasises a determination to boost football outside of its traditional European and Americas heartlands. This FIFA perspective, to drive the World Cup into new and different parts of the world became evident in the subsequent decisions to award the next two World Cups to Russia (for the first time in 2018) and Qatar (the first in the Middle East in 2022). While accepting the deeply flawed FIFA processes, there was also a disconnect between the benefits of the FA bid and what the client (FIFA) were trying to achieve.

Critically, there are important lessons and options for small businesses to help them build bids, tenders and proposals that connect with clients.

Next in the Series: Article 2 of 2: What are the lessons for the Irish Rugby World Cup Bid and small businesses across the UK and Ireland?